Last time I left you all was mid August when I returned from my southern Maine AT hike. The end of the summer went by quickly. To keep in shape we did some nice family hiking up to Star Field in Cooperstown NY. This is one of our favorite local family outings… a pleasant 3 mile hike up and down with a view of Lake Otsego from up high. Michelle (Bob’s fiancée and Mattie the dog) are joining some of the Bauer crew. 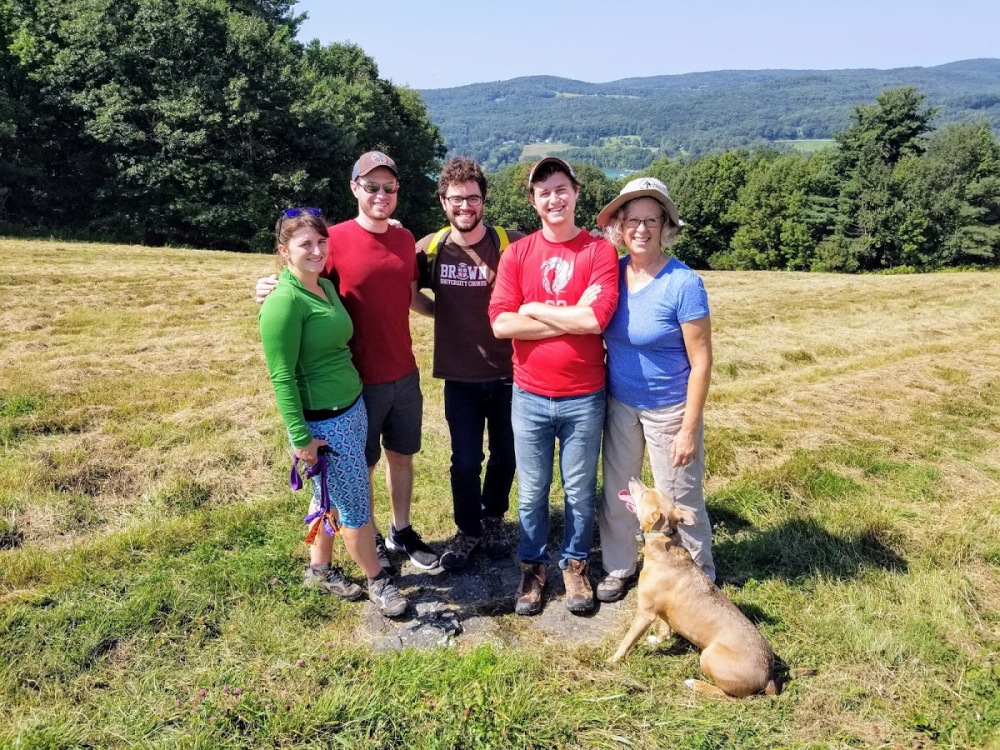 Shortly after Labor Day weekend I had a Cooperstown reunion with three of by oldest and best doctor friends. We go back over three decades  to Rochester NY where we trained together to be lung doctors. We’ve been pretty good at getting together almost every year: Mike-Tony-Gary-Dave

This is our classic picture pose

Had to put in some tough days at work before my final fall hike: 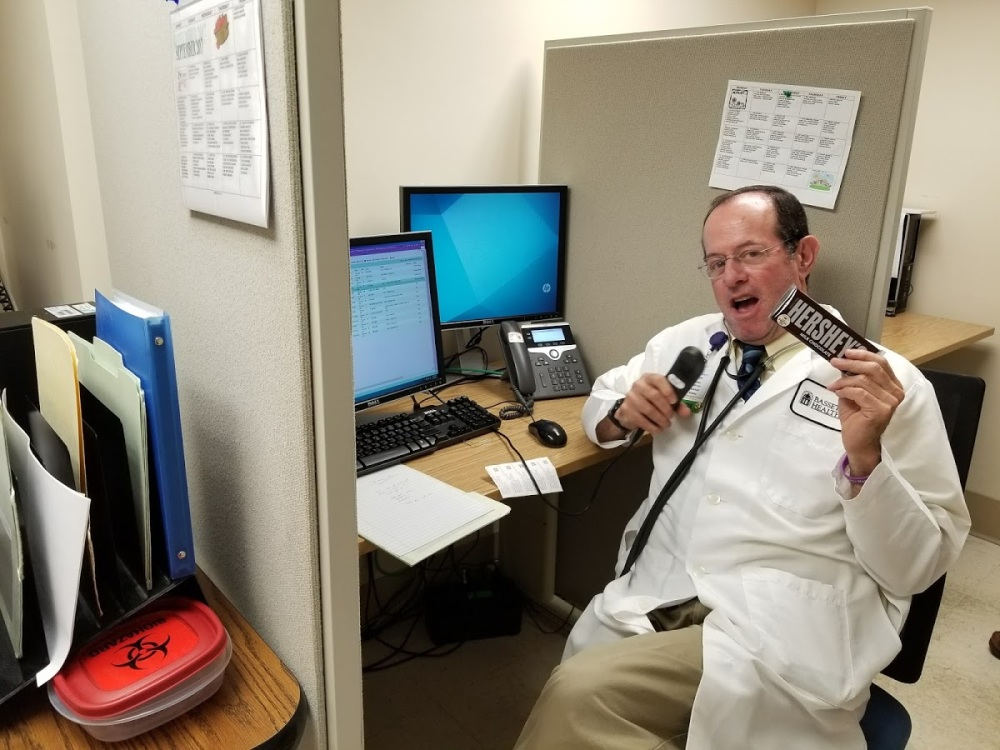 My last official AT section hike was a one week solo adventure in Northern PA. It was starting to get a bit chilly in October, but once I could complete this last 80 mile section, I will have done every last bit ( minus a small stretch of southern Maine) of the AT from southern Virginia up to Mount Katahdin, Maine.

Stephanie dropped me off in Port Clinton PA, the heart of coal country.

Most of PA hiking is ridge walking along the crests of the mountains. At elevations of about 2000 feet, I would really call them high hills. Although not as spectacular at the sight up in NH and Maine, there are still some awesome views:

PA is most know for its continuous rock filled trails. The AT in PA is nick named “Rocksillvania” by hikers. Not too much difficult ups and downs, but lots of stress on you feet as you manage walking over rocks and rocks. Some are small and some are big: 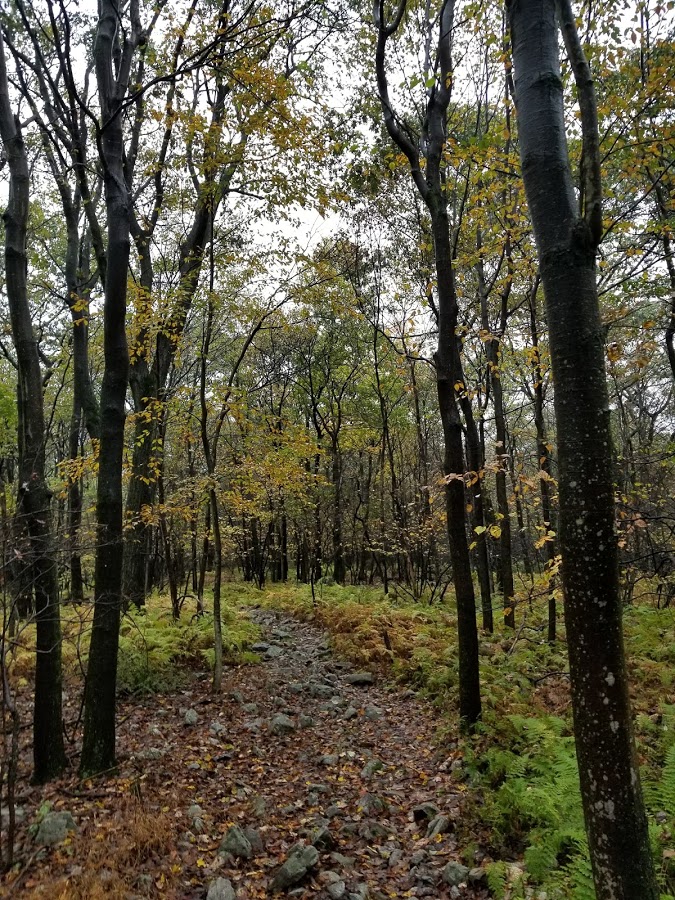 This was the only stretch of the AT where I was actually attacked by wildlife. Well, not really wildlife… but I was bitten (unprovoked) by a pit bull. It was accompanying his owners on trail (was not on a leash) and started to bark as I approached. The owners said “He doesn’t like hikers that are using hiking poles”. Well, OK.. I quickly went back about 30 feet, put down my poles and started walking away. Next thing, he had two front teeth in my foot. I survived, wiped away the blood and took this picture to document my war wound. 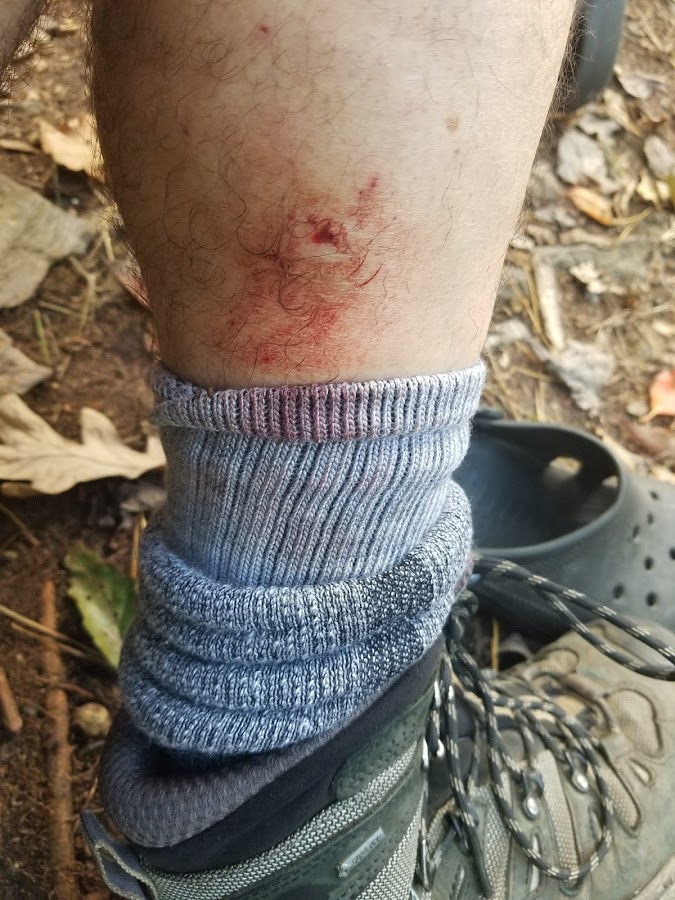 As the years go by, the dog bite may morph into a bear bite as my memory fades.

Some more views during the next few days: 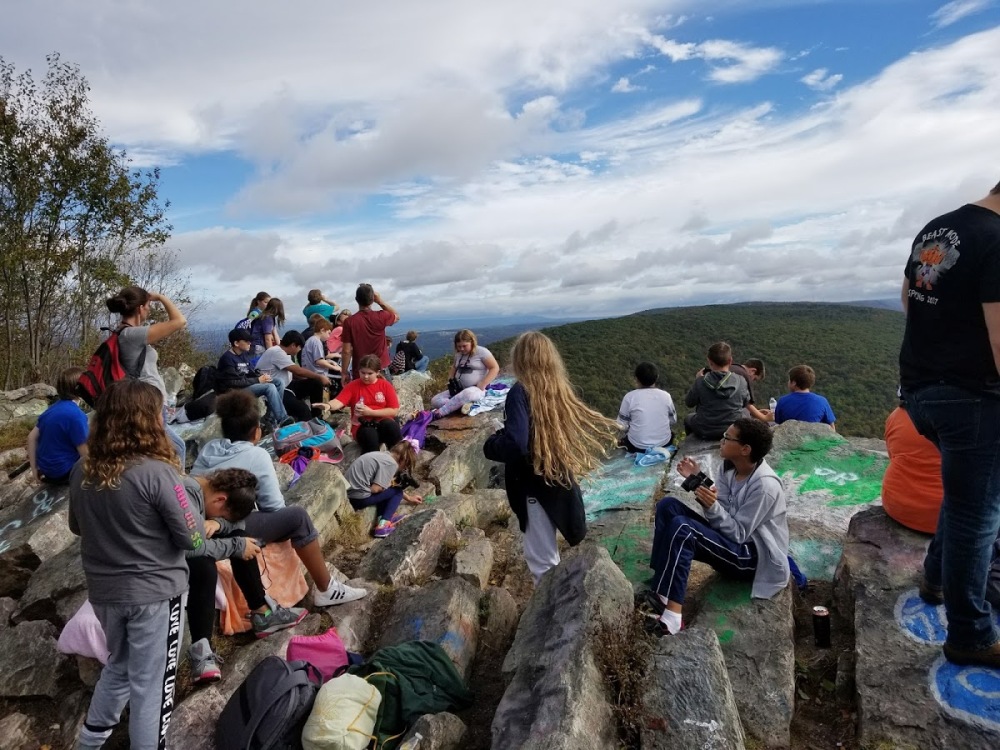 View of Lehigh River from up top. That’s another rocky trail.

Last day of hiking was the most memorable. Around noontime, hiking from the opposite direction was Greybeard. He is/was a legend on the trail this season and I didn’t know he was in my neck of the woods. He is 82 years old and is competing a one season thru hike in 2017. If successful ( and I know he was at the time of this typing) he will be the OLDEST individual ever to have hiked the entire 2189 miles in one season. A true inspiration for us all.

When I first starting this adventure in May 2017, I thought I might finish the entire hike in one season. That changed into a two year trek this season and it looks like 2018 will make it a three year challenge. I’ve got about 500+ miles to go in Georgia, North Carolina and  Tennessee. Mixed feeling about actually ending this hike. Hard work most of the time but every day something different to see and usually new interesting people to meet. I’m thankful to have support of family and friends. I know good health is something not to be taken for granted as I get older. Hiking the AT has made me realize more and more that it’s always good to have goals. Try to complete old ones you may have on your list but also think of new ones. They don’t have to be profound goals. My new goal of winter 2018 is to learn how to swim. I’ve been off to the local gym pool several times a week so far and seem to be getting the breathing down a bit easier!